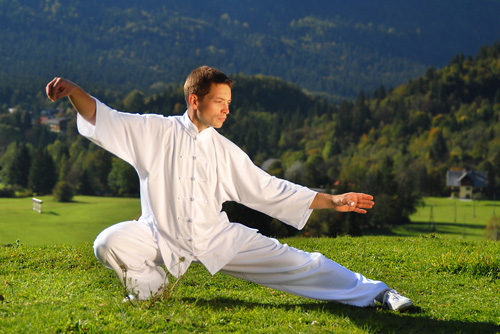 About Our Adult Kung Fu Program

FU-JOW PAI KUNG-FU – Fu-Jow Pai translates to “black tiger claw.” As the name implies the fighting style was modeled after the fighting strategy of an attacking tiger. The striking movements are lightning fast, agile and powerful. Techniques unique to Fu-Jow Pai are ripping, tearing, clawing and grasping applications. The training encompasses both physical and spiritual development. It emphasizes strenuous exercises as well as spiritual discipline. The practitioners gain more than health and self-defense benefits.  This style also develops a strong and self-confident personality within.

I want the next Step

FU JOW PAI DEMONSTRATION – A lot may be said in words about a martial art, but a martial art is not of words but of action. One does not learn the system by reading about it, but by watching and doing it. The Fu-Jow Pai Federation encourages you to get a small taste of this system through the free videos on this site; for a deeper understanding, four Fu-Jow Pai videos are available through martial arts retailers, and our seminars are posted on the events page. If you would like to find an authorized Fu-Jow Pai Sifu, we encourage you to contact us directly.

Fu Jow Pai history starts at the Hoy Hong Temple in the Guan Dong, or Canton, Province in southern China during the Ch’ing Dynasty. It was here that a battle amongst two masters in kung fu would take place. One of the masters was Wong Bil Hong. While the two masters engaged each other in a battle to the death, a Shaolin monk watched them. During the fight, both masters were suddenly thrown apart — the monk had interfered with the dueling masters. All three engaged in battle, however the monk’s superior ability quickly overwhelmed the two masters and made them submit. The monk began to act as a mediator and settled the master’s differences. Then, after much thought, the monk accepted the two as his new disciples in the Hark Fu Moon, Black Tiger, system. Wong Bil Hong began training and remained at the temple until he mastered the system. He later became recognized as the first known successor in Fu Jow Pai history.

Unfortunately this era in Chinese history was a time in which religious rebellions raged across the Empire of China. The Ch’ing government viewed the Shaolin Temples as the hub for anti-Manchu activities*, and subsequently viewed Shaolin monks as a threat. As a result, Shaolin monks became oppressed and eventually persecuted. Many temples were destroyed. Due to this high level of hostility, Wong Bil Hong’s master’s name became anonymous and personal history erased for protection against government prosecution. However the Hark Fu Moon style was preserved through Wong Bil Hong. Wong Bil Hong kept the system guarded and secret for most of his life. There are only two known disciples under him: his servant and his nephew, Wong Moon Toy.

Wong Moon Toy had mastered two additional styles, Hung Gar and Mi Chung I, when Wong Bil Hong took him in as a disciple of the Hark Fu Moon system in 1927. Despite his mastery of the two other systems, training was still arduous and rigorous: Wong Bil Hong took his nephew to the Lor Fow mountains where he trained his nephew away from distraction and devoid of influence from the outside world. Under direct instruction from Wong Bil Hong, Wong Moon Toy became tempered and altruistic in nature. Wong Bil Hong stayed in the Lor Fow Mountains for seven years, forging Wong Moon Toy into a genuine kung fu master. After returning from the intensive training in the mountains, Wong Bil Hong renamed the system “Fu Jow Pai of the Hoy Hong Temple” in honor of the anonymous monk. Not too long after, Wong Bil Hong passed away leaving his legacy to his only two disciples. The servant passed away not too long after the great master’s death. Wong Moon Toy would then inherit the system from his uncle and become the second generation successor.

After inheriting the Hark Fu Moon Style, now known as Fu Jow Pai of Hoy Hong Temple, Wong Moon Toy moved to Chinatown in New York City and taught in the Community Association, however he would never divulge the secrets of Fu Jow Pai. After resigning from the Community Association, Wong Moon Toy earned his living placing lead printing blocks into a printing machine for the local Chinese newspaper. One day two school teenagers knocked on his door. An elder brother explained to the hardened master about the two teens beginning kung fu training. Again Master Wong Moon Toy withheld all information about the Tiger Claw system instead taught Hung Gar and Mi Chung I. One of the teenagers, Wai Hong Ng, began to follow the master around and to work. Master Wong Moon Toy took him in and would train him at work. Over time, Master Wong Moon Toy presented the two teenagers, now young adults, with an invitation they could not refuse: to be taught the secrets of Fu Jow Pai. They were to meet up with the master in his apartment on the August Moon. On that day they arrived at the apartment ready to begin their secret training; however, as is customary to Chinese tradition, five other students showed up to give moon cake to the master. It was then that Master Wong Moon Toy took in the seven as the new disciples of Fu Jow Pai.

After many years under the teachings of Master Wong Moon Toy, the seven disciples decided that the power and strength of Fu Jow Pai should be known to the public. In 1957, Fu Jow Pai was incorporated and it opened to the public on October 1st. Unfortunately a few years later in 1960, Grandmaster Wong Moon Toy fell ill. Before he passed away, he named Wai Hong Ng the heir to the Fu Jow Pai system. Wai Hong Ng then became the third generation successor of Fu Jow Pai.

Currently Grandmaster Wai Hong has retired from formal training. However he can still be seen teaching to some dedicated students in the park. Although New York City will always be the heart and birth of present day Fu Jow Pai, fourth generations schools can be found scattered around the world. Fu Jow Pai is still strong with those who keep it closest to them.

* It is believed that the Hoy Hong temple may have been such a hub of anti-Manchu activities: that the Hung mun (or “Hungmen”) may have been involved in the temple and that the monk’s goal in separating the two fighters had as much to do with a peaceful appearance of the temple as it did with recruiting fighters for its concealed forces.

As someone with previous Kung fu experience, I found the Kung fu program greatly increased my overall understanding of the martial arts! Eric Montgomery

Love this place,  Sifu and instructors are extremely knowledgeable and skilled. They stress to the students that hard work produces results. I am in the tiger claw kung fu program. Erica Sumi

I’ve never considered myself to be athletic, but the instructors at WCMAA helped me push past my reservations and find confidence I had never had. Lessons are challenging enough to be rewarding – they keep you coming back for more. Training at WCMAA is the best thing I’ve ever done for myself.